Dr John Thompson retired at the end of March from the Welsh National Poisons Unit (WNPU) and it’s only fitting to recognise the contribution he has made to Toxicology, but also recognise a fantastic colleague and friend. His professionalism and personality will be greatly missed within AWTTC. 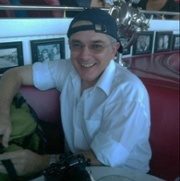 Dr Thompson has a natural eye for detail and formidable intellect, which served him well throughout his medical practice and as Director of the WNPU, not only benefitting many patients, but also the staff of the WNPU. After arriving from Southampton, he helped, alongside Professor Philip Routledge, to establish the Postgraduate Diploma in Medical Toxicology at Cardiff University; this prestigious course is still running today and is one of the few of its kind in the world.

Dr Thompson has presented widely at conferences, both nationally and internationally, and been a supporter of education in toxicology throughout his career. He has also contributed internationally in scientific delegations in different parts of the world, sometimes having to show exceptional good judgment and professionalism, so as not to offend the hosting country.

He is an active member in the British Toxicological Society and was Chair of the Society’s Human Toxicology Special Interest section for over ten years. He has also served on the UK Committee for Toxicity and has also served two terms on the Veterinary Products Committee.

One of John’s great loves is sailing - he is a keen and very able yachtsman, and retirement will give him more time to pursue this hobby. Sailing can sometimes involve a lot of repairing and not much time on the water. However, hopefully, in retirement John will have more time for lots of maritime adventures in and around the UK, and further afield.

The WNPU extends its’ immense gratitude to Dr Thompson for all his support and hard work over the years and wishes Dr Thompson all the very best in his well-earned retirement.